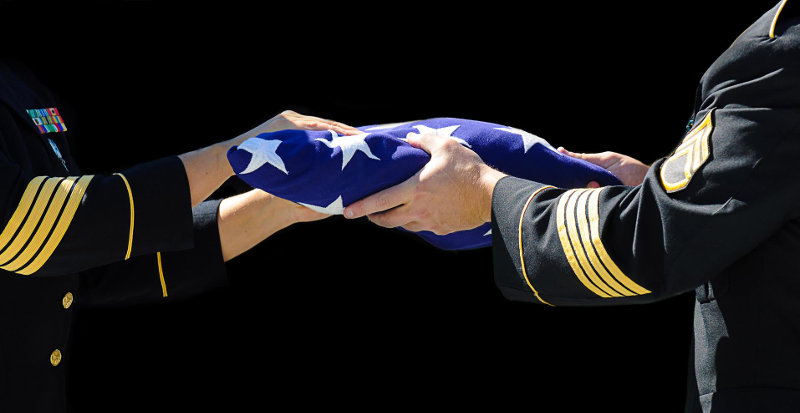 Eleven Officers have been killed in the line of duty while serving the citizens of Waco.

Sgt. Vicha, 39, was shot and killed at his home in Axtell, Texas, while attempting to stop his brother-in-law from murdering his family. Sgt. Vicha’s parents were also killed at their home about one-quarter mile away.

The suspect, Billy Wayne Coble, fled taking Sgt. Vicha’s sister at gunpoint. Bosque County S.O. spotted Coble’s vehicle and a high-speed chase ended when Coble ran into the back of a truck. Coble was convicted of murder and sentenced to death, but the sentence was overturned by an appeals court. He is currently serving his sentence in Texas Department of Criminal Justice.

Sgt. Vicha was an 18-year veteran of WPD. He was survived by two children.

Sgt. Barrett, was stabbed several times and shot with his own revolver while trying to arrest a suspect who had just stabbed a man to death at the Greyhound Bus Station, 700 Columbus.

The suspect, 23-year-old Thelette Brandon, ran from the terminal and attempted to escape in a taxi. As Sgt. Barrett pulled Brandon out of the taxi, Brandon stabbed him and wrestled Sgt. Barrett’s pistol away and shot him. Brandon fled down an alley where he was captured after receiving several gunshot wounds from responding officers.

Patrolmen Mike Young and Steve DeLaRosa took Sgt. Barrett to the hospital in a patrol car where he died shortly after arrival.

Sgt. Barrett, 42, was an 18-year veteran of WPD and is survived by a wife and daughter.

Thelette Brandon was convicted of capital murder, but his sentence was commuted to life. He is currently in Texas Department of Criminal Justice.

Sgt. Basquette, 31, died of gunshot wounds sustained two months earlier while he and other officers attempted to arrest a man wanted for murder and robbery of the Comanche National Bank.

On December 22, 1968, the suspect, Jimmy Dean Cloud, was arrested and placed into the back of a patrol car. When Sgt. Basquette opened the door to talk to him, Cloud produced a .25 caliber handgun, took Sgt. Basquette’s service revolver at gunpoint, and then shot him. Officers at the scene returned fire and Cloud surrendered.

Sgt. Basquette died at Hillcrest Hospital from gunshot wounds to the chest and abdomen. He had been with the agency for seven years and was survived by his wife and two children.

Officer Anderson succumbed to injuries sustained the previous day when his motorcycle collided with a vehicle at Austin Avenue and 11th Street while he was responding to a fire alarm, which was one block from his residence. The vehicle failed to yield right of way to his police motorcycle, and he was thrown over the vehicle and landed in front of a bus. He was transported to Providence Hospital where he died the following night.

Officer Anderson, 31, had been with the agency for six years and was survived by his wife, parents, two brothers and three sisters

Officer Huddleston and Rookie Officer Ira Royals stopped a vehicle with an Arizona license plate in front of the L & M Cafe at Third Street and LaSalle Avenue.

He was a five-year veteran. It was Ira Royals first day on the force

Officer Baskin was investigating a disturbance at the home of I.W. Friedsam at 3130 Colcord where Friedsam was refusing to pay $1 taxi fare. Friedsam shot him with a shotgun from the front door. As Officer Baskin fell wounded, he emptied his service pistol at Friedsam. Friedsam fired again.

Officer John Murphy was in the driveway and returned fire with a pistol and a shotgun while the taxi driver picked up Officer Baskin and carried him to his car. Officer Baskin, 47, died from the wounds ten days later.

Officer Murphy had bullets lodged in his heavy leather belt, evidence that was his only protection from serious injury. Officers surrounded the house and Friedsam was taken into custody.

Officer Thompson stopped in front of a small cafe at Second and Washington streets for a cup of coffee. Before entering, he walked over to a parked truck to investigate a disturbance being created by a man in the truck. As he approached, the man shot him in the head, instantly killing the officer.

Policeman’s pay was $103.50 per month. The officer’s widow (and 4 children) was entitled to half that amount monthly as long as she lived or until she remarried. Officer Thompson was 36 years old

Sgt. C.M. Gantz, 36, received information concerning an alleged cache of illicit liquor, located on N. 3rd Street — a short distance north of Washington Avenue. Sgt. Gantz left a written note at the PD detailing where he and several other officers would be, attempting to locate the illicit liquor.

The location was an abandoned cistern with a dry bottom at the rear of the building. Although other officers urged him not to go in the well, Sgt. Gantz told them he felt it was a matter of duty that he investigate. He was lowered by rope into the 20-foot well by Officers Lee Jenkins, C.E. Ware and Frank Tennison.

While being lowered into the well, Sgt. Gantz was overcome by a toxic mixture of carbon dioxide and nitrogen gases, and lost his grip on the rope. He lay motionless at the bottom of the well for nearly an hour. Several attempts were made to rescue him, but were unsuccessful due to the extreme black gas. Officers Lee Cashaw and F. Cushion were finally able to use the rope and long pole to secure a loop around one of his feet and pull him to the surface. Sgt. Gantz was unconscious and without a pulse. Five doctors from Colgin hospital were present, and although numerous life saving methods were employed, to include the use of a pulmotor, they were not able to revive him.

Sgt. Gantz was survived by a wife and seven children. His eighth child was born two days after his death on August 10, 1923.

Sgt. Gantz came to Waco in 1921 from Louisville, Kentucky. He worked with his father for a short time before joining the Waco Police Department. He was a member of the Masonic Order and the Woodmen of the World. He served two years with WPD.

Officer William Davis Mitchell, 36, was shot and killed after being dispatched to a disturbance at a local saloon.

Officer Mitchell had just gotten off duty, but volunteered to respond to a call about a disturbance at Puss Hannah’s Chili Parlor on N. 6th Street near Austin Avenue. Officer Mitchell galloped to the scene on his horse.

When he arrived at the scene, Will King exited the parlor with a gun in his hand. King shot Mitchell as Mitchell dismounted. Although Mitchell then returned fire from his revolver, he had been fatally shot by King. With his wife and three daughters at his side, Officer Mitchell died at 9 p.m. that evening. He was buried in Oakwood Cemetery.

Will King was arrested a short time later and was executed one year later.

Officer Mitchell had been with the agency for six months. He was survived by his wife and three children.

Officer Neill, 50, was shot and killed when he responded to a disturbance where a man was threatening to kill his wife and her father. As Officer Neill came onto the property, the suspect shot him.

Officer Neill had been with the agency for one year and was survived by his wife and three children.

L. J. Hoffman had been a private in the Texas State Police in 1870 and was assigned to McLennan-Hill county area. He resigned on September 5, 1870, when he qualified as the City Marshal of Waco.

Around noon City Marshal Hoffman was in a barber shop on the southwest corner of the Square and Second Street getting a shave. A man, later identified as “Wild George” Thomason (name also reported as Williams), rode up on horseback, dismounted and entered the barber shop from the rear. He examined the lathered face of the marshal to make sure it was Hoffman. He walked behind the barber chair and shot the marshal in the back of the head, killing him instantly. The man remounted and fired two shots at approaching policemen. As the man galloped to the bridge he tossed the toll collector a dollar and said, “Haven’t time to wait for the change,” and sped away.

It was reported that “Wild George” ran a gang of outlaws and that he killed Marshal Hoffman in retailiation for arrests of some of his gang members.

Texas Governor Edmund J. Davis posted a $1,000 reward for the delivery of the body, dead or alive, of the murderer of Hoffman to the sheriff of McLennan County. The Adjutant General of the State Police reported in June 1871 that Thomason was mortally wounded by state policemen, but escaped. Since “Wild George” was not expected to survive, Marshall Hoffman’s widow was informed that he would not be apprehended and brought to justice for the murder of her husband. It is unknown if Thomason died from his wounds.

Hoffman was born around 1840 in North Carolina. He served in the Confederate Military for approximately three years. He was survived by his wife, Virginia, and two children, Ephriam, 8, and Beulah, 11 months. His place of burial has not been located.
Join Our E-Mail List!
Join Our E-Mail List!